We used to borrow our parents cars on the without-permission system and drive around at night with the ultimate destination being the Royal Natal National Park Hotel down Oliviershoek Pass. That was a triumphant destination I only achieved once, other times we went to Little Switzerland, halfway down the pass. Or Kestell.

Once Steph de Witt decided to raise the bar and we headed off to Durban with the goal of putting our toes in the warm surf of the Indian Ocean and getting back to Harrismith before sunrise but we ‘changed our minds’ soon after Ladysmith and turned back.

I knew this habit could not be genetic as Mom would never have done such things, but recently I found out something which may throw new light on the possible causes of such fun behaviour.

Oh, she was getting into boys so Dad sent her off to boarding school, said Mom. She must have been in standard eight and about fifteen or sixteen years old.

Apparently some boys had borrowed a car from Kemp’s Garage in Warden Street and headed off to Royal Natal National Park Hotel back before it was Royal. It only became Royal after the Breetish Royal visit in 1947 and this must have been about 1941. Mom thinks Pat’s fellow felons may have included Michael Hastings and Donald Taylor. Pat, being the fun-loving person she always was, was right there! FOMO (fear of missing out) was a thing then too, even if it didn’t yet have an acronym! I know I had it big as a teenager.

The hotel looks like this now, but not because of us, swear! 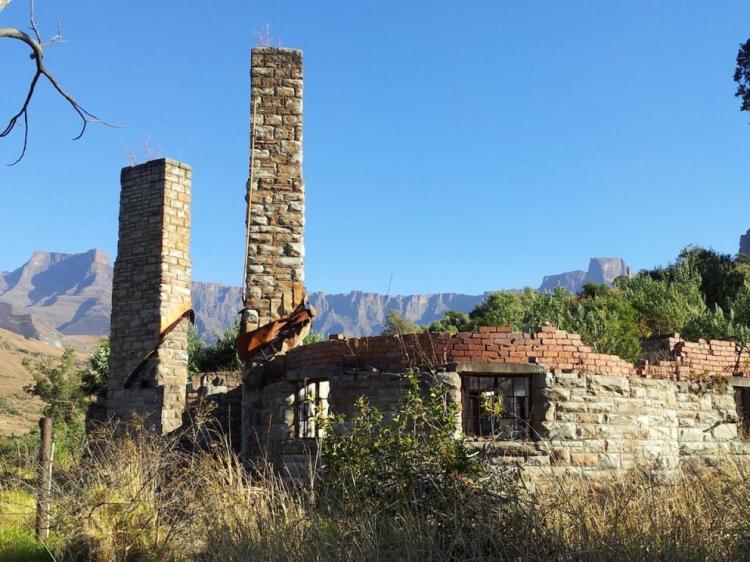 In 1836, while exploring Basutoland, two French missionaries, Mons. Arbrousset and Daumas first discovered Mont-Aux-Sources, the source of three rivers. In 1908 the idea of establishing a National Park in this area was conceived, and the territory was explored by Senator Frank Churchill, General Wylie, Colonel Dick and Mr. W.O. Coventry. Recommendations were put forward, but it was not until 1916 that the Secretary of Lands authorised the reservation of five farms, and certain Crown Lands totalling approximately 8160 acres and entrusted it to the Executive Committee of the Natal Province.

On the 16 September 1916 the National Park came into being. An advisory committee was appointed to control the Park. Shortly afterwards the Natal Provincial Administration purchased the farm ‘Goodoo’, upon which a hostel for hikers had already been opened in 1913 by W.O.Coventry, and incorporated a small portion of the Upper Tugela Native Trust Land, thus swelling the National Park to its present 20 000 acres. The Advisory Committee was abolished in January 1942, and the Park was administered by the Provincial Council until the formation of the Natal Parks, Game and Fish Preservation Board on the 22 December 1947.

Mr. F. O. Williams held the first hostel lease rights on the farm Goodoo which he obtained from Mr. W.O. Coventry, the original owner. Mr. Coventry became Lessee of the whole park in 1919, and took over the post of Park Superintendent in August 1924 at the grand salary of five pounds per month. In 1926 he was succeeded by Otto and Walter Zunkel, who each added their share of buildings and improvements. Mr. Alan Short was the next Superintendent.

Short was in charge when the Royal Family visited the Park in May 1947. Prime Minister Jan Smuts wanted King George VI, the Queen and the Princesses Elizabeth and Margaret to take a break from their two-month tour of southern Africa and see the splendour of the Drakensberg. It was Elizabeth’s first overseas trip and she celebrated her coming-of-age there, drafting her first important speech at the hotel.

The Royal family were so impressed with their stay that they insisted that the hotel and national park be granted the “Royal” designation.

Here’s why everyone loves the area:

Picture taken by Pierre du Plessis while he was working down there.