Fanie, is that a box of matches in your pocket? asked stern Uncle Louis. No Dad, its just a block of wood.

We were having lunch on their smallholding east of Harrismith and father Louis knew enough to ask, but not enough to check. After lunch we were off into the veld and once out of sight Farnie bent down, struck a match and set fire to the grass, watched it in fascination for a few seconds, then beat the flames out with his hands. My turn. Then his turn again.

Who knows whose turn it was – doesn’t matter – but we let it grow too big. Both of us tried to beat it out, stomp it out, but the flames spread and ran away from us.

OH! SH*T!! We ran back to the farm house and phoned the fire engine in town. When Louis found out he phoned again and told them not to come. He had already phoned the neighbours and alerted all hands on deck.

My most vivid memory was herding cattle out of a paddock and having a cow refuse to go, charging straight back at us and forcing her way back in. Her calf was in there and she only left once it was with her.

Nine farms burnt, we were told. And calling the fire engine costs money we were told. And we learnt some other lessons, too. You can tell: Both of us are fine upstanding citizens today (telling our kids to BEHAVE themselves, dammit). 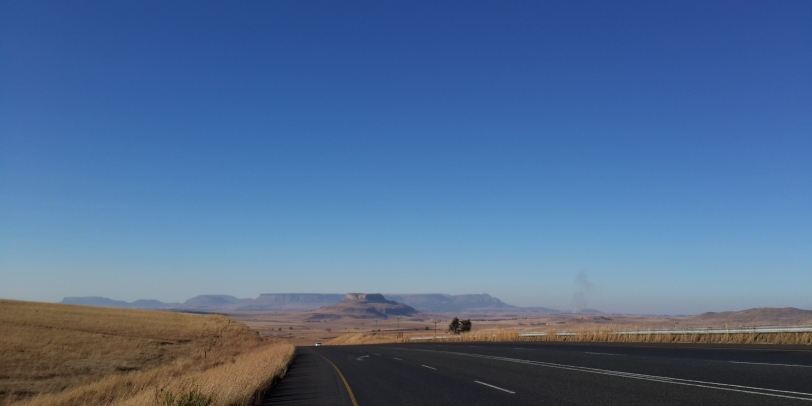 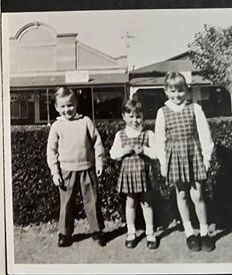 After breakfast the six of us went for a walk in the veld. Unbeknown to me, two little sh*ts had lied about having matches in their pockets. Not far from the house they crouched down and I thought they had seen something on the ground. On inspection I now knew that it was matches that they were playing with. They lit a few little fires and quickly with their bare hands (brave boys!) killed the flames. Until then it was all fun for them but I felt very uneasy.

Suddenly the next little flame became a “grand-daddy” of a flame and within no time the two little sh*ts could not longer use their brave little hands. Guess who ran away first? Yes, the two little sh*ts! Something made me look back at the roaring fire and that’s when I saw little Louie – who was 3 – standing in a circle of flames with his arm raised and covering his face – he was frozen stiff. I turned around, ran through the flames, picked him up and ‘sent it’ back to the farmhouse.

With no grown-ups at home, I phoned my mother at the Platberg Bottle Store and through lots of “snot and trane” told her what had happened. She ran across the road to the Town Hall corner and “hit” the fire alarm for the Harrismith Fire Brigade to come and save the day. Needless to say they saw no fire in town so must have just gone home.

The fire did burn through about 3 farms – the damage was extensive. Uncle Louie and Aunty Cathy, on coming home that afternoon, apparently stopped the car on the main road, got out and just stared – could not believe what they was seeing.

Well, we were supposed to spend the week-end there but all the grown-ups had had enough. We were packed up, bundled up into the car and taken home.

Years later (before they left SA) I bumped into Louie and Gaylyn and told them the story. I could not believe it when Louie told me he had always known that I had saved his life – and I thought that that memory had gone up in flames!

Lots of love to you all
Yours “Firewoman” Barbara

Later I wrote (thinking that nothing had really happened to us after the fire):
Dammitall, we really had amazingly tolerant parents back in the sixties, come to think of it!

To which Farn Schoeman replied:
Koos, small correction: YOU had amazingly tolerant parents!

[…] *Farnie Schoeman hastened to inform me not all parents were as tolerant as mine here. […]