Thanks to coincidence, luck and connections, I have an eyewitness account to the time my good friend Tuffy fell out of a helicopter!

Chris Greeff is one of the most connected people I know. He mentioned that John Lee is a parabat. I said: My two schoolmates did parabats in 1971 (Pierre du Plessis) and around 1975 I’d guess (Tuffy Joubert). He asked: Tuffy Joubert – that became a Recce – and raced Rubber Ducks with Maddies?

I said Yep. He’s a Harrismith boykie. So Chris sent me a pdf file: Read page 10, he said.

Schofield on arrival at Recce base on the Bluff in Durban:

Then I had lunch and went looking for the climbing course. Now, it wasn’t a very long walk but I walked along the length of the camp where there was a helicopter hovering at about a hundred feet. And I stopped on the edge of the hockey field where this was taking place and watched this, and out came a couple of ropes and a couple of guys came whizzing down in sort of abseil fashion. And a couple more came whizzing down sort of abseil fashion. And a couple more.

Then one came out, and came into free fall. And he literally, he got hold of the rope a little bit, but he just fell a hundred feet flat on his back wearing a rucksack and a rifle. And I didn’t even bother to walk over to him, I thought, He’s Dead. He can’t fall that far and not be.

And obviously the ropes were cast off and the chopper landed. They whipped him into the chopper and flew away. I didn’t know where to, but it was in fact to Addington Hospital, which is about three minutes flight away. And, I thought well this must be quite something of a unit, because basically they carried on with the rest of the course as though nothing had happened.

I thought, Well, I better introduce myself to the senior people here and see what’s going on. So I walked over and met the senior members of the course, and it was being run by a bunch of senior NCOs and I was impressed by the lack of concern that anybody showed for the fact that the guy had just fallen a hundred feet from a helicopter. A guy called (Tuffie?) Joubert. And Tuffie is still alive and kicking and serving in Baghdad right now.

And I said, What the hell are you doing? How did he fall over there? They said, Well nobody’s ever done it before. I said, OK, show me what you’re doing. And they were actually tying the abseil ropes direct to the gearbox of the rotor box in the roof, I think it was, in the Puma. Which gets to about a thousand degrees in no time flat. So if they had gone on long enough, they’d have broken at least one if not all four of the ropes with people on them. I said, Well let’s change that. And anyway you’re not abseiling properly so let’s send the helicopter away and let’s do some theory on abseiling and then we’ll go and do it off a building or something that stands still for a while before we progress to helicopters.

Then I went back to report to the commanding officer, John Moore, that I wasn’t really terribly satisfied with the way things were proceeding on this climbing course. He said, Oh well, have you done it before? I said Yes, I’ve done a hell of a lot of it, I was a rock climbing instructor apart from anything else. And he said, OK, well take over, run the climbing course. So I did just that. And again I was so impressed with the fairly laid back attitude of everything. 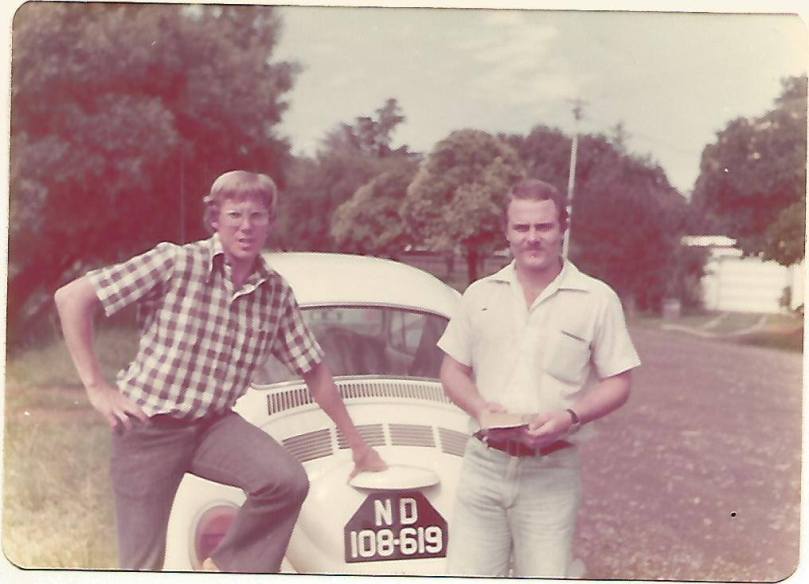 Tuffy Joubert (right) with me in his Durban recce days

I told Tuffy and he replied in his laid-back Recce way:

Trust to find you well; This side of the coast we are all well and we think we have everything under control.

Maj Peter Schofield was a Brit, he was part of the Red Devils if I recall correctly; came to South Africa and joined the Recces. His first day at work on the Bluff he had to take over the Mountaineering Course that included abseiling. As he walked out to see what was going on, “Yes, I fell out of the helicopter”. He was not impressed.

He lived in Harrismith for a few years after retiring, Pierre knew him. He passed away a few years ago here in Cape Town.

No I have not heard or seen his talk.

She got the fascinating life story (well actually, snippets of it!) of Irené John Joubert out of him recently.

Fascinating thing is, Tuffy DID this stuff, Chuck Norris acts it out. Here’s an eyewitness account of his famous plummet from a chopper.

Here he is in those far-off days when you could see more chin and not so much forehead:

Tuffy’s older brother Etienne remembers him getting his nickname like this: In the very English environment of the Harrismith Methodist church some soutie made the mistake of calling the French masculine name Irené the English feminine name Irene in Sunday school and promptly got dondered right then and there by said Irené. And hence the nickname Tuffy was born.

I see Tuffy says he has no trouble in Afghanistan, Iraq and the Congo as “with my honest face, people just love me”. What I want to know is: How do they see his face?

Well, now that his cover is bust, his anonymity lost, learn more about Tuffy being a domkrag and then tackling an unsuspecting ox here.

and head-on colliding with a hill here.

and streaking and under-age drinking here.

and how he practiced going on long journeys before he went to Afghanistan here.

and he played rugby for a little dorp and beat Grey College here.

and leading me astray – what he would call ‘slegte invloed’ – here.

Chuck’s going to have to lift his game. Also, and anyway, America can forget toughness, Harrismith also had another Chuck Norris.

Thanks Mariette for the article!

Added: And how Tuffy tricked me here.

~~~~~ooo000ooo~~~~~
soutie – engelsman, pom, english ou; the story was English-speaking South Africans had one foot in England and one foot in SA; this left their willies hanging in the brine, giving them salty cocks, therefore ‘soutpiel’

Fresh from the City of Sin and Laughter, OFS, where I’d spent my first seventeen years, I arrived in New York with great expectations.

I was READY – more than ready! – to see the big wide world. After landing we – the gang of South African Rotary Exchange students -were bussed to a hotel in Queens. Someone – a Rotarian, I guess? – checked us in and then left us to go to bed for the night. Early the next morning we’d be boarding different planes to the various states we’d been assigned to.

But most did! I was horrified. “Excuse me, no WAY I’m going to bed”. Only one other guy (was he Gary or was he heading to Gary, Indiana?) joined me and we went to the night porter. “Right! Where can we go for a night on the town, sir? We want to go for a walk, which way shall we head?”

Oh, I wouldn’t advise you did that, he drawled, I’ll get the hotel bus to take you someplace.

So off we went, noses plastered against the windows, fascinated. Our personal chauffeur dropped us off at a brightly-lit truck stop and asked when we wanted to be fetched. “Three Ay Emm” we said, pushing our luck. Check, he said without blinking. So we sat and watched a New York night go by drinking beer and eating burgers n fries till he fetched us as arranged.

After three hours sleep, we were taken back to JFK where we split up. Some of us boarded a HUGE helicopter for the hop over to La Guardia airport from where I would be going on to Oklahoma, OFS – uh, USA. 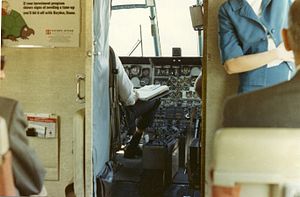